Created by award-winning comedian and theatre director Janice Connolly, Barbara Nice is the overenthusiastic housewife alter-ego of Birmingham-based performer Janice, who previously appeared in Peter Kay’s Phoenix Nights, and is well known on the circuit for her lively, upbeat presence.

She’s the Stockport housewife, cleaner to the stars and keen ‘Take a Break’ reader, who has been delighting live comedy audiences for 25 years with her unbridled enthusiasm. She gave up the domestic bliss of tupperware and Pound Stretcher shops for the unpredictability of the comedy world, but no audience is too rowdy for her to handle.

Barbara performs playful, life-affirming shows for all the family. With the affectionate attitude of a playgroup leader at a wild Iggy Pop concert, she is guaranteed to warm the heart of any audience. She has been compared to Victoria Wood, Mrs. Merton, and Julie Walters.

A Barbara Nice performance is guaranteed to get you laughing, leaving the show feeling better than when you went in. With her enviable track record of garnering 5-star reviews and sell-out shows, Barbara doesn’t abuse the audience, she raises everyone’s spirits with love and support, and is guaranteed to put a smile on your face, and a spring in your step.

Having supported comedians Johnny Vegas and Peter Kay on tour in the past, Barbara Nice is a circuit headline act in her own right, as well as being one of the most experienced comperes in the country. She has also performed solo shows in Edinburgh, Brighton and Manchester.

“optimistic, enthusiastic, and a little bit naughty.. audience interaction is her biggest strength. Who knew someone so unthreatening could wield so much power? One promise of a soft mint and she has a huge builder pretending to be a squirrel with her on stage. Every seemingly improvised whim of Barbara’s is met with eagerness and completed with aplomb.” – ★★★★ Broadway Baby

“the response from the crowd sheer, unquestioning joy” – ★★★★ Bath Theatre

“an extremely funny show.. She states early on that the trouble with the world is that people don’t have enough fun and the next hour is a pretty decent stab at redressing that balance, with singing, dancing and some truly terrific gags” – ★★★★ The Skinny

“good old-fashioned hearty humour that everyone can relate to. Musical statues, stage dives, sing-a-longs – this is a show with something for everyone.. this cheeky chirpy Stockport housewife wants everyone to have a good time..  a riotous raucous hour of all-inclusive fun. If you like fun, and you like laughter, and your soul needs a bit of a boost, Mrs Barbara Nice will not disappoint” – ★★★★ London Is Funny

In a smash hit audition, Barbara wowed the judges with her humour and eccentric style on ITV’s Britain’s Got Talent, in 2019. Tottering onto the stage in a leopard-print dress and with several handbags, Connolly’s loveable antics, bubbling with energy had the audience cracking up, before she launched herself onto the judge’s table in a mini-crowd surf, that had the judges applauding and punching the air in delight.

Her audition was such a success, the judges gave Barbara their seal of approval, and she went on to the semi-finals. Her hysterical Semi-Final performance, which was seen by 8 million people, saw her emerge from the audience in her usual unconventional way, cracking jokes with the audience, using them as a temporary cloakroom for her various props, and interacting good naturedly with the judges.

This compassionate manner has brought her huge popularity at shows across the country, where people watching feel gently involved. She finished her performance with her now infamous stage dive, helped along by Ant & Dec, which the audience loved.

Many moons ago, in a new act competition in Manchester in character as Barbara Nice, Janice was discovered by legendary comedian Peter Kay, who then asked her to play Holy Mary in Phoenix Nights. The whole cast reunited in 2015 performing Phoenix Nights Live for 15 nights raising over £5m for Comic Relief.

In 2017 Connolly was awarded a British Empire Medal in the New Years Honours list for services to community arts in the West Midlands and was just awarded the ‘Birmingham LGBTQ+ Scene: Lifetime Achievement Award’ at the Midlands Zone Honorary Awards.

Janice and Kirsty met at Happy Valley Pride in 2019, felt a lovely affinity and struck up a wonderful friendship. Kirsty was honoured to join Barbara for her solo show at Birmingham Glee Club in 2019 and guested on her fabulous podcast this year, but also installed herself as the favourite regular guest on the feel-good Barbara Nice Is Having A Piggin Lock-In with 5 interactive Zoom shows online over the summer. They plan to keep working together going forward to bring more joy to the locked-in nation in these crazy, unprecedented times! 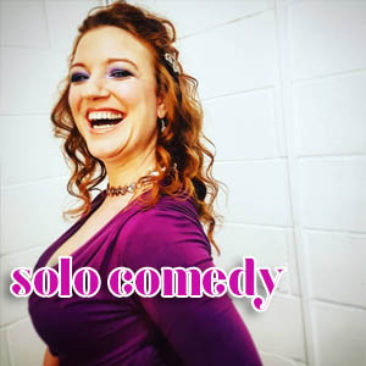 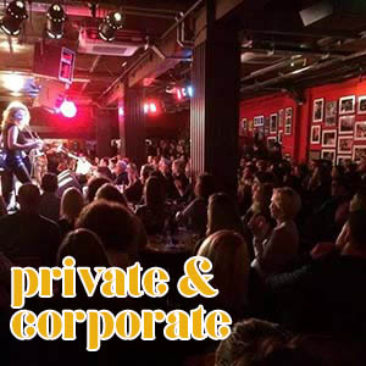 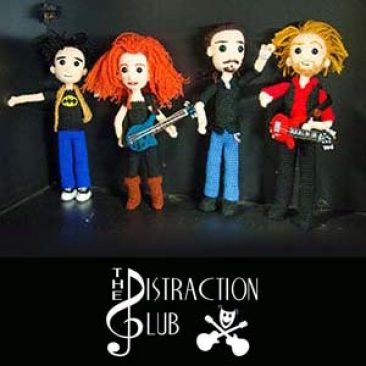